We reviewed the Letter T once last week and he did a Do-A-Dot page I made up for him. ( Hes not quite ready for the Dot pages so a page with open space is much better for him. 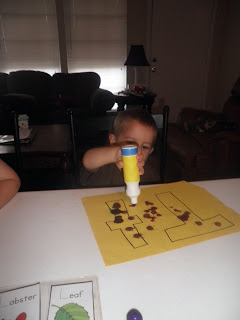 Hes starting to get the hang of the lacing beads. Still has a little difficulty so I help him as much as he'll let me. 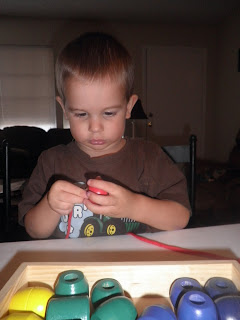 We worked on shape and color sorting with our Shape Stacker. 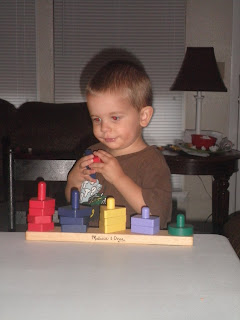 He loves that I now have all of our books in one area so he is constantly into them He loves books! 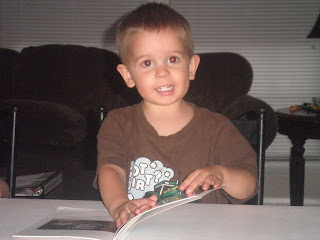 He played with our nesting blocks this week! Hes starting to like these more and more. 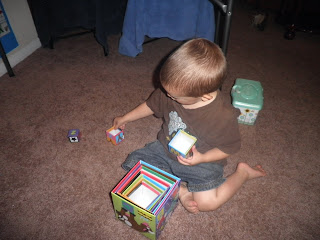 He worked on his foam number puzzle. He is so good at this puzzle. 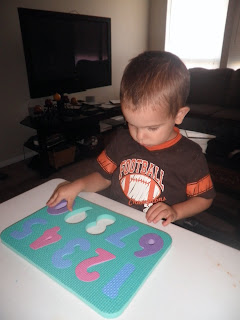 Last week Austin decided he didnt want to cut out his Bible Verse (we were having a bad day) So I had started to cut it so we could tape it and Dylan decided he wanted to do it. So I showed him how to hold the scissors and let him help me cut the Verse out. Then I let him tape it together. Verse cutout is from the RRSP Letter X curriculum. 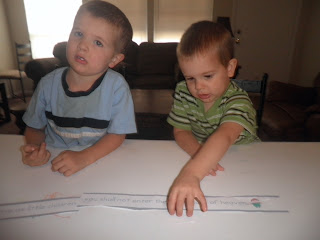 We finger painted this week. Which I found out he wasnt to thrilled about! He didnt like getting his hands messy and at this point it was about 2 seconds before major meltdown! So we ran to the sink to clean up and he finished with a paintbrush in the end. 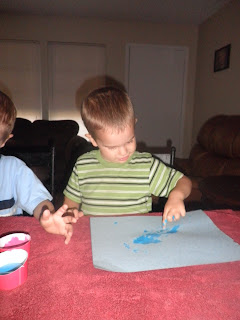 He did a Letter X activity with our Bingo Markers. 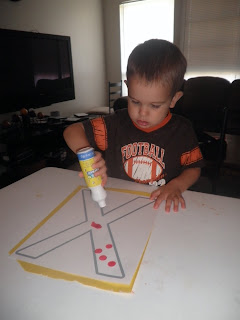 And we made a Letter X xray craft that I found at Totally Tots Now I Know My ABC's crafts. 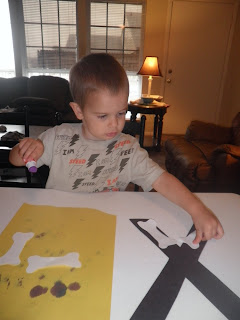 We have had a great past 2 weeks. Im just slowly falling behind in everything. Working on tons of printables for upcoming weeks and trying to get ahead that I have forgotten to post about school!

Will be back tomorrow with our RRSP program that Austin does.

Want to see what others did for Tot School this week?
Check it out at 1+1+1=1