(Dylan is 28 months)
This week we focused on the Letter V. Worked on our numbers, shapes, pouring and cutting skills.
It feels like the week flew by and somehow didn't get many pics once again! Im going to work on that and we are going to start doing Tot School in the mornings while Daddy is still up and can entertain Austin so I can focus on just Dylan for a bit each day, hopefully!
Anyways here's a few pics from our week.

We made a Letter V for Vegetables. I got the idea from Totally Tots. I just decided to do 2 carrots instead of celery. 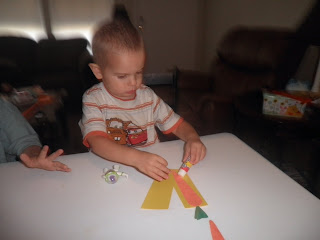 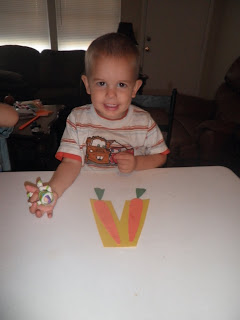 We worked on a Wheelbarrow. He colored it then later added a bunch of Vegetables to it. I got this activity from Home Grown Hearts. 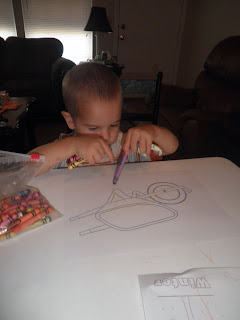 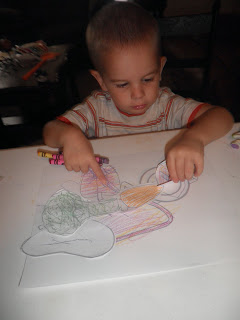 He enjoys playing with our buckets and pom poms. Practicing to pour them from one bucket to the other. 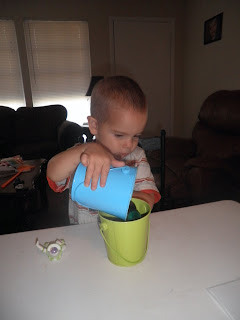 We played with our blocks this week. Towards the end of playing with them I worked with him on sorting them by color.

He built a firetruck out of the blocks. 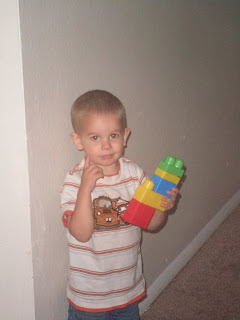 He did his Bible Verse coloring sheet. He really enjoys coloring. Still not sure if he is left handed or right handed. He goes back and forth. 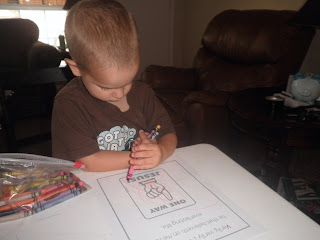 Here he was trying to get the numbers out of his number puzzle. This is a favorite of his. He does it daily! 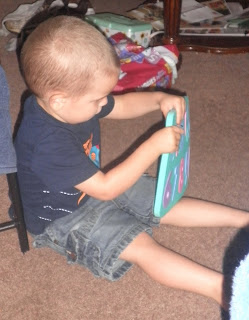 My favorite picture of the week because he actually said take my picture please and smiled! And you will notice the Buzz Lightyear was at school this week as well! Until we lost him at the end of the week! Poor guy has been searching daily in the house for him and he hasn't turned up. 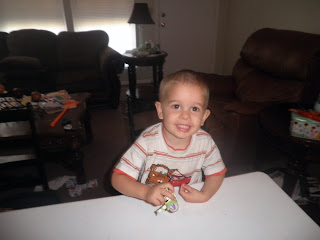 Want to see what others did for Tot School this week?
Check out 1+1+1=1