As you have probably notice I havent posted our school for last week. We took what im calling a Fall Break as we had our roof replaced and with the constant banging for 2 days straight it was too much for me and the boys to concentrate on anything. So we are back to work this week! Since I dont have any pic of school to share I thought I'd share our pumpkin carving from this weekend!
Austin started to help get the pumpkin guts out. Dylan wouldn't really touch it hes still in the eww stage where anything gooey is nasty ( from the mouth of a 2 yr old) 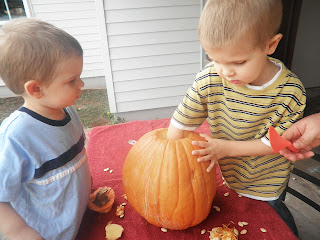 So we let Daddy take over and the boys watched him a little bit. 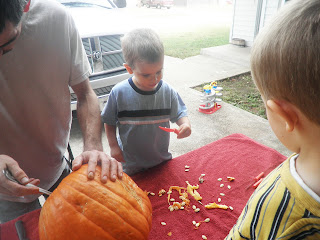 Then as you can tell they became a bit distracted in the ever so cutest ways! Dylan trying to eat the guts, and Austin amazed that he could see himself in the reflection of the spoon! 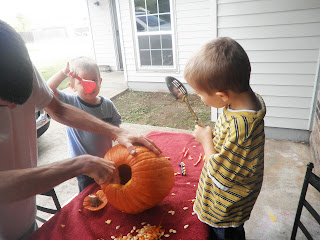 After a while Dylan went on to ride his scooter and Austin sat at the table waiting very patiently for Daddy to finish cleaning out the pumpkin so he could help draw the face. 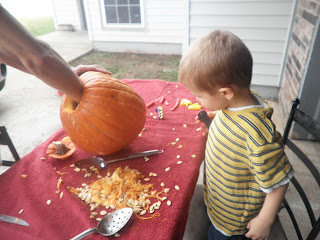 After about 10 pics they finally cooperated with just a little bribery in the end! 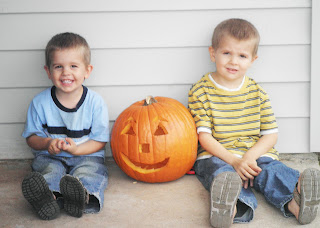 Then I got them to take pics by themselves with the pumpkin! Dylan was excited with the finished project. 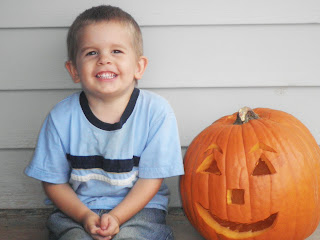 Austins was excited but he was ready to go ride his bike which he has just learned to do! 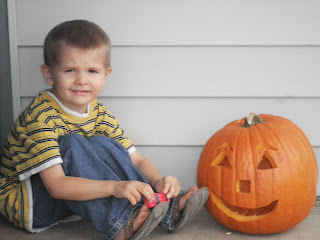 And the final project! 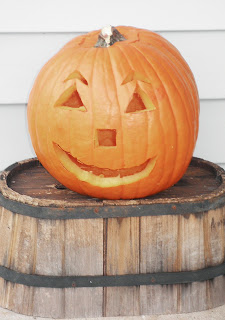 Ill be back on Thursday or Friday with a few crafts were doing this week!