My oldest is getting more and more independent and with that we've found that when he does things himself and we praise him he gets so proud of himself! I love watching his face just fill with pride when he completes something on his own! This weekend he asked Daddy if he could have a peanut butter and jelly sandwich so I mentioned to my husband why don't you let him make his own see how he does and only lend a hand if he asks! I told him who cares if it tears the bread up and what not when he makes that sandwich he is going to be so proud!
So of course I had to grab the camera. Daddy grabbed the peanut butter, jelly and bread for A to make his sandwich.


So he got 2 pieces of bread out and started putting his peanut butter on it, it was a little on the tricky side for him but all in all he did a great job! 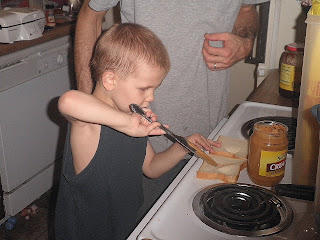 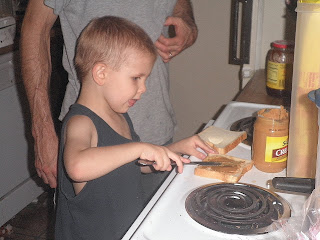 Then onto the jelly! That was easy for him cause it didn't really stick to the bread 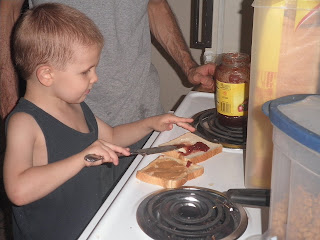 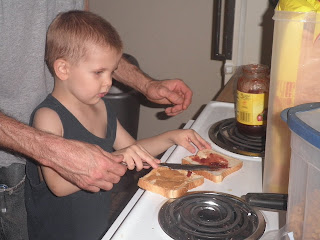 And then the final part of putting it together and of course I had to get a pic of his pride with his sandwich! 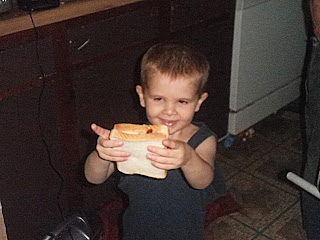 After he was done he told us that it was awesome (that's his new word for describing things).

The lesson I learned in all this is that you can show pride in everything even the little things in life!! I love this stage of life that A is in where he is conquering new things daily and becoming more and more independent and learning so much daily!